Our work focuses on the flora of the Intermountain West, with a particular focus on two ecoregions in Utah - the Colorado Plateau and the Great Basin. The majority of our projects occur within Utah, although we do occasionally venture into neighboring states. 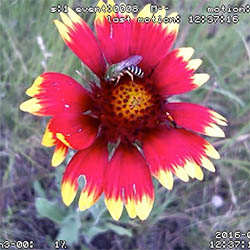 Summary: We are using a new automated motion-capture technology called Rana to track and record pollinator activity on selected native plant species. This project will allow us to determine the diversity and frequency of insect visits on certain types of flowers, and help answer important questions about pollinator services and "pollinator-friendly" plants in Utah. We have used Rana cameras for studies at the Rio Mesa Center outside of Moab, UT, in areas surrounding St. George, UT, as well as in the Natural Area and Children's Garden here at Red Butte Garden, and recorded visits of many different kinds of native bees, butterflies, and even hummingbirds. To watch a video of pollinators visiting flowers at Red Butte Garden, Click Here! 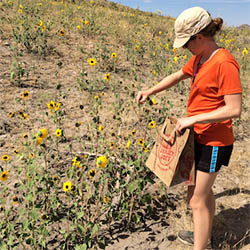 Summary: Each year we survey an ecological region for abundant, native plants from which seed can be collected. In 2015, we completed nearly 30 collections totaling 1.2 million seeds from 14 native Great Basin plant species. Seeds are stored at the Bend Seed Extractory for future use in habitat restoration and rehabilitation. Herbarium specimens are also collected, which are divvied up between Red Butte Garden, the University of Utah, Brigham Young University, and the Smithsonian Institute. Click here for photo highlights from past SOS Collection years! 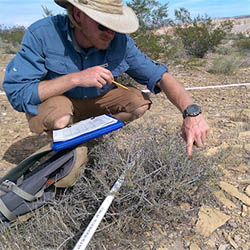 Summary: We surveyed habitat surrounding the Endangered Gierisch's globemallow (Sphaeralcea gierischii) population in Arizona to piece together the rehabilitation history of post-gypsum mining landforms. We compared vegetation structure and composition between rehab and adjacent undisturbed control sites to examine the effects of past practices, seed mixes and the gypsum-rich substrate on the success of restoration in this area. 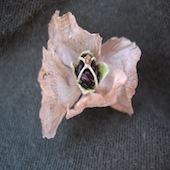 Summary: Seed banking is a long-term method for conserving the diversity of plant species. Seeds of rare, threatened and endangered plants are collected and stored with low moisture content at low temperatures, thereby extending their lifespan. These collections preserve genetic material away from the threat of habitat destruction. We store a portion of seed in our on-site seed bank; another portion is sent to the National Center for Genetic Resources Preservation in Fort Collins, CO. 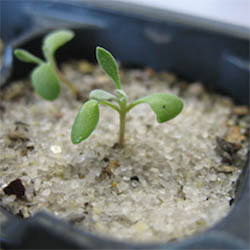 Summary: At the garden, we are currently testing seeds from our seed bank in order to develop the best protocols for germinating rare plant species. Once seeds have germinated, we maintain them in our greenhouses and track their growth each month in order to pinpoint the best methods for propagation. Many of the species we work with require very specific conditions for growth, and by sustaining these species in our greenhouses, we can determine the feasibility of growing seedlings for future outplanting and restoration studies. Learn more about our current trials here! 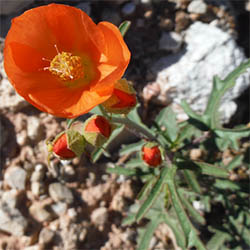 Summary: We conducted in-situ germination studies at a trial reintroduction site to assess the feasibility of reintroducing this species to rehabilitated mining substrates from seed. We monitored seedling establishment and tracked seedling survivorship from 2013-2015 on study sites in Arizona. We also collected seed for long-term ex-situ conservation and developed greenhouse propagation protocols. This species was listed as endangered in 2013, a decision that was informed by our data. 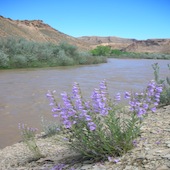 Summary: Over the ten consecutive years of this monitoring project, we have collected demographic and population trend data from these species to inform management decisions. The project has grown to include propagation studies, ex-situ care of living specimens, and seed collection for ex-situ conservation.

Biodiversity is the number of different species of plants and animals found within a particular region, or ecosystem. The more diverse an ecosystem, meaning the more plants, animals, insects, and bacteria living within it, the healthier it is. A diverse ecosystem has more resources to draw on that allow it to bounce back from disturbances, adapt to long-term changes, and support the communities within it, wild or cultivated.

Why does it matter?

While biodiversity is critical for the sake of the environment in and of itself, there are a number of reasons biodiversity should matter to our species. To focus just on plant diversity: plants provide us with key ingredients and products that feed us, shelter us, keep us healthy, and fuel our economy. To destroy a species, actively or unknowingly, is to destroy its potential for tomorrow and for generations to come. Read "Why Diversity Matters" from NatureServe.

What are our goals?

We are stewards of the at-risk plants in our region, and protecting them is a key component of Red Butte Garden’s mission. We hope to mitigate threats and preserve genetic information so that rare populations may recover in their native habitats, thereby conserving the diversity of our native flora. 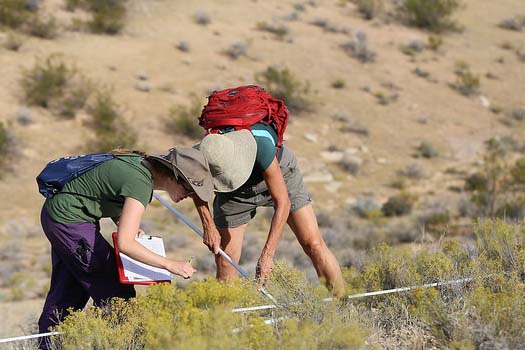 What kind of work do we do?

In-situ conservation is work that is done on site, in the area where the plant naturally grows. We collect plant samples and seeds to study later, monitor populations, transplant endangered species out of harm’s way, and re-vegetate with seeds or seedlings in their native habitats.

Ex-situ conservation is work that is done off site, at our garden facility or other facilities around the West. This work involves storing seeds in seed banks to preserve the genetic material, testing seed germination and viability to better understand how to propagate a species, and caring for living specimens that have been propagated or salvaged from project sites. 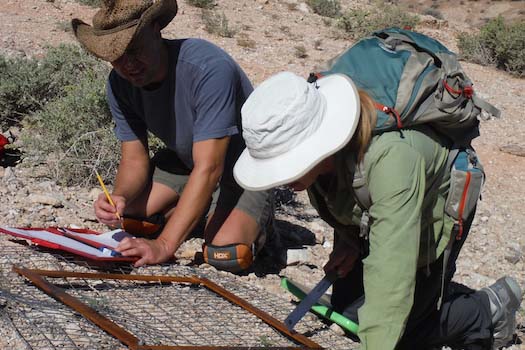 Your time and experience are valuable to us. Whether you’re a novice naturalist or a committed conservationist, we can use your help! If you’re interested in volunteering in Conservation or anywhere else at Red Butte Garden, contact our Volunteer Coordinator, Lauren Miller, or check out the Volunteer Opportunities page.

Volunteers help with a wide variety of projects, many of which are seasonal. They include plant surveying and seed collection; cleaning, sorting, and banking seeds; rare plant curation and propagation; and general greenhouse and office help. Training in the field is provided. Volunteers must be 18 years or older.

Your land, however small, can be an important piece of habitat for native plants, pollinators, and other wildlife. As our cities expand outward, eating up true native habitats, these oases become critical to support native populations.

We can’t do it without your support. Making a donation to the Garden supports our efforts to protect and restore threatened plant communities throughout Utah.

PLANTS IN THE NEWS

February 2016, "Busting Cactus Smugglers in the American West" from The Atlantic.

February 2016, researchers from Utah Valley University and the U.S. Forest Service installed seeds of this Endangered Species along the Utah/Arizona state line. Read the article and watch the video from The Spectrum here

August 2014, the U.S. Fish and Wildlife Service withdrew their proposal to list Graham’s beardtongue and White River beardtongue under the Endangered Species Act. A conservation agreement has been finalized between county, state and federal partners to reduce threats and promote the long-term persistence of these two species across their ranges in the Uinta Basin of Utah and Colorado.

Copy of the Final Conservation Agreement